Posted on August 4, 2012 by Arturo Féliz-Camilo

Maybe some of you have wondered why being the Caribbean and the Dominican Republic so famous for drinks and cocktails I haven’t shared many recipes and formulas. The fundamental reason is simpler than you might have thought. I don’t drink. However, that doesn’t mean that I never do, but I probably have 2-3 glasses of wine a  year, besides the very uncommon taste a friend hands me to see if I “get cured”. My brother in law treasures the beer we had in my sister’s wedding (last year) as I had not had a beer in more than 10 years, and haven’t since either.

Recently, however, I have been exploring the concept of “drinks for non drinkers” which basically means managing the alcohol carefully, so that you can’t even taste it in the cocktail.

Maybe heavier drinkers would find these drinks “too soft” for their taste, but I’ve been growing fond of these drinks. It is surprising how much alcohol some cocktails can take before starting to make alcohol evident. A good example of a cocktail that can take a lot of alcohol before tasting like alcohol is the eggnog. I shared my Christmas eggnog some time ago, but have been to lazy to translate it.

A few days ago I was chatting with my friend Sisco Vanilla, a great NYC bartender and thanks to him I discovered an interesting cocktail: “The Santo Libre” which seems to be Dominican version of the famous Cuba Libre (Santo for Santo Domingo, our Capital City) and from which I moved and brought you four cocktails.

I won’t give measures, because I believe that you should find the way you like it. I recommend a light hand with the rum. I used an excellent Cuban Añejo rum: Havana Club, which also allowed me to get to a decent caipirihna, because in absence of Brazilian Cachaça, a good premium rum from sugar cane juice (and not molasses) can definitely pitch in.

Some add lime juice but then it just becomes something else, as you will see. I added some lime juice which took me to “Cubata”. (Although the original “Cubata”’s made with cola)

At this point I got really excited and added more lemon (lime, but Dominicans know your lime as lemon) macerated a bit, added a touch of sugar and ended up with a Caipirihna (sort of, the original one is made with Brazilian Cachaça a first cousin of rum)

Feeling almost a true bartender I commented to my friend Sisco Vanilla that I was close to a mojito and he brought me back to reality. “no brother, for that you would need some mint” to which I defiantly replied “that mint will find its way into that cocktail” and rushed to the fridge… 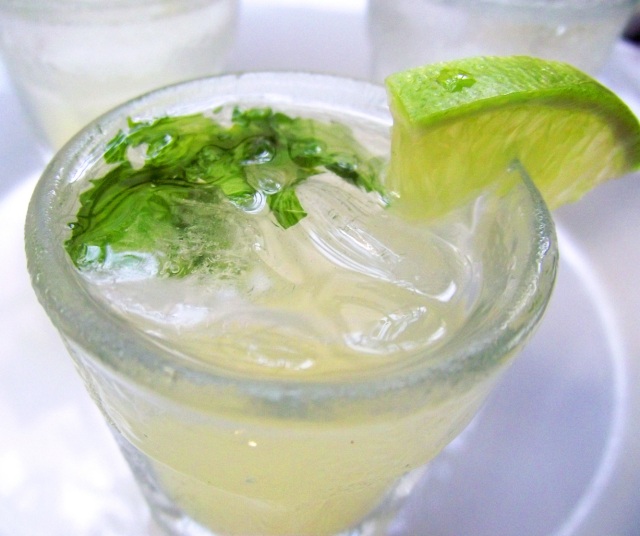 My Cuban brethren won’t be able to complain that the mojito is not original, because as I said from the beginning, I used an excellent Cuban Premium rum for all these cocktails.

You may find us also @

Leave us your comments! Cancel reply